There is an old saying: “Money is the root of all evil.”  But is that phrase necessarily true?  We as adults have learned over the years that, in most cases, there is a good and bad to almost everything.  A more accurate quotation may be: “The love of money is the root of all evil” (1 Timothy 6:10).  Yet even that saying might come into question as being not completely accurate.

We all know how it feels to have sufficient money in the bank to pay our bills; it is a good feeling. Likewise, most of us have had the experience of not having enough money to cover the bills.  It is so easy today to borrow money, and many of us do so without thinking of the consequences.  We are aware in our present age that this is a trap to make one an actual slave.  A debt can bind you just as securely to the lender as an actual slave ownership does.  Unfortunately, the system we encounter today mandates the use of debt.  How else can you obtain a car, a house, or any large purchase unless you go into debt for it?  It is nearly impossible not to.  If you do not have a car, how in the world can you get to work to pay for one?  If you do not own a house, you end up paying a large rental fee in order to obtain a decent living space.  Only when we work hard and sacrifice our immediate comforts can we eventually acquire complete independence.

There is a radio show that claims to help you acquire this kind of independence of being out of debt.  I will not quote its name, but most of you have heard of it.  It is a wise thing to follow its instructions.

However, there is a better path, a path laid out by Father in Heaven, whereby we may never need to get into debt… at least for any length of time.  If we follow this path, we are promised by God that, not only will we enjoy peace of mind and complete freedom and happiness while we sojourn upon this earth, but our sincere efforts here will result in our capability to handle eternal possessions in the hereafter.

When in 1929 the stock market crashed, the circulation of money stopped.  So a group of men in a newly developed nation got together and formed a political party with one purpose only: to solve the money problem.  This group of men, under the leadership of William Aberhart in Alberta, Canada, figured out a system called Social Credit.  Their concept was as follows:

Too much blood in the system causes the body to malfunction; too little blood in the system results in the body having little energy to even function.  The body knows just how much to produce so that it can function correctly.  These men figured that the same approach could be correlated with money.  Too much money in circulation without the means to use it causes a malfunction called inflation, whereas too little money, just like the body’s blood supply, causes the economy to go into a starvation mode.

So the government in the Province of Alberta, first under the leadership of William Eberhart and later under Ernest C. Manning, issued script.  They used the example of a city dweller, requiring the services of a farmer, paid him in the form of a check for $100.  The farmer, who was ignorant of the banking system, was told that the check could be redeemed for the full value at any time for a period of up to six months.

Using the $100 check as collateral, the farmer then purchased a piece of machinery that he needed from another farmer.  For six months this check passed through many hands and was finally redeemed.  The check had actually bolstered the economy and caused many transactions to take place, thereby improving the economy of that particular community.

So the Social Credit Party issued script to its residents with the promise that the script would be redeemed.  And when the script was redeemed, additional script would be issued as its replacement.  Believe it or not, it worked.  The economy of the Province of Alberta boomed, and eventually it became a debt-free province.

This procedure was eventually stopped by the federal government, which claimed that the script was a legal infringement of federal authority.  But for the short time that social credit was in operation, the economy of the province was boosted considerably.

The Social Credit Party was in power for over fifty years in Alberta, causing the province to become the richest in Canada and possibly even an example to the whole world.  Unfortunately, its concept finally failed when dishonest politicians took over and corrupted it.  The main platform, honesty, had been abandoned.

Whenever there is a shortage of blood for any reason, certain agents in the body immediately detect the lack and bestir themselves, keeping active until there is enough blood to replace what is needed.  But to accomplish this feat, the body needs nutritious food.  Similarly in the case of money, this quality is honesty.

The right amount of money is not made automatically like blood is, however.  This is controlled by men (or women).  That is why the most intelligent men in these regards should be placed in charge of such matters with one goal in mind only: to have the right amount of money in circulation at all times.  That person, to any LDS mind (if he or she is thinking correctly), is the bishop.  The main function of a bishop in the early LDS Church was to see to the needs of the people, especially those who at the time could not take care of themselves: the widow, the widower, the physically handicapped, and of course the poor.

Believe it or not, money in any form is not a means of wealth.  Money, just like blood, was made to be kept in circulation.  Hoarding money is similar to a blood clot; it impedes circulation.  A bishop’s duty then is to keep the money supply in circulation.

You say, “What about gold and silver?”  Yes, these are a form of wealth as well as a medium of exchange.  But if used as a medium of exchange, gold and silver cannot be hoarded.  That is why money cannot be entirely based on these, for anything of value can back money.  Therefore, money is a standard of value and is the means of measuring a debt and the means of repaying a debt.  Goods of any value can give money backing.  Fundamentally, what gives money value is the goods that back it.

There are other examples of the success of the Social Credit idea.  In 1815, Guernsey Island off the coast of Great Britain, having a parliament of its own, issued 3,000 pounds of its own currency besides the British Pound (GBP) that was already in circulation.  The only cost was the printing expense.

By 1829, the volume of notes in circulation had risen to 48,183, with no resulting inflation.  The islanders were well fed and happy, all being put to work and producing useful goods for home use and for export.  These notes were eventually all redeemed, and no debt was incurred.  This experiment was a total success and caused no inconvenience because these notes were carefully managed by honest people as to cause no rise of prices or inflation.

However, there are numerous examples of mismanaged printed script, the main example being Germany when their solid currency in 1921 was on par with the American dollar of equal value.  Then the blows came one by one.  In early 1922 the German mark dropped to 1 American Dollar to 600 German Marks.  In June, 1 to 670.  By October of that same year it dropped to 1 to 4100.  Then 30 days later 1 in 8000.  It eventually became worthless due to improper handling of the money supply.

Early America had the same problem with many of the currencies issued by states being mishandled and eventually becoming worthless.  Joseph Smith went through the same scenario with the mishandling of the Kirtland Bank.  So we learn that there must be something backing money to make it of value, such as the economy (literal production) or some precious metal like silver or gold.

History of Money Outside of the Bible

King Midas, it is said, formed the first coinage.  No one knows for sure, but, before the introduction of coinage, a system of weights and measures was believed to be in use prior to that time.  No coinage or mention of coinage was used in the Book of Mormon.  In fact, the system of weights and measurement described in the book proves conclusively that Joseph Smith did not make up that volume, for it describes a system fashioned after the ancient Egyptian system of Horus-eye fractions. 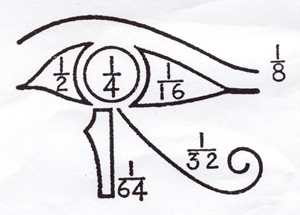 Joseph Smith would have had no access to this information, as it was not known about until well after his time.  The Book of Mormon explains very clearly how the Nephite weights and measures were calculated.  Surprisingly, it all hinged on a measure of barley. 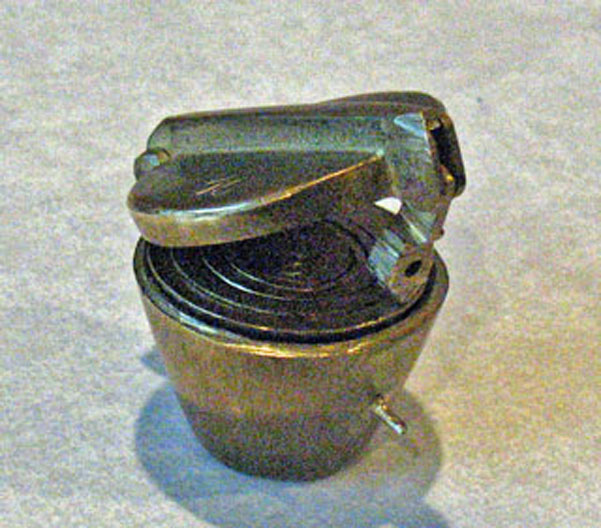